At Fifth Chukker we have been frontline in the advancement of gender issues and the socio-economic development and empowerment of the communities around us.  With the support of Access bank and MTN we have projected our corporate social responsibility through our two major polo tournaments.

Fifth Chukker has worked with UNICEF in Nigeria to advocate for the realization of children’s rights in the areas of Basic Education, Child Protection, Health and Nutrition, Water Sanitation and Hygiene to help children meet their basic needs and to expand their opportunities to reach their full potential.

Since 2006 Fifth Chukker and UNICEFhave maximized all opportunities of partnership that target and support children and families in greatest need in Kaduna State. Through the Access Bank UNICEF Charity Shield Polo Tournament, Fifth Chukker and Access bank have been supporting UNICEF to provide care for children affected by AIDS, especially orphans and vulnerable children.

Funds from Fifth Chukker and Access bank have enabled NGOs and other stakeholders provide care and support services to more than 1,000 orphans and vulnerable children in 6 Focus Local Government Areas and 12 Focus communities of Kaduna state. The Fifth Chukker/Access bank/ UNICEF partnership has also remodeled and renovated several schools and kept over 2,750 pupils in continuous education in a more secure and friendly school environment.

In global solidarity, Fifth Chukker, in partnership with MTN Communications, has brought together women, men and families to enhance awareness and raise funds and inspire meaningful action in the fight against breast cancer which remains the second biggest killer of Nigerian women after maternal mortality.

Our ‘Pink Hope’ campaign aims to support all platforms that advance easier and faster screening of women and raise awareness levels about breast cancer. Since 2011 we have rolled out a number of activities in the Breast Cancer Awareness month of October, including International Polo championships, Fashion shows, Bicycle polo exhibition matches, lectures and clinical screenings for women.

The vision of this campaign is to create a robust platform that will spark significant national significant awareness about the disease.  Fifth Chukker also engages with professionals in the field including MEDICAID and Dr Femi Olaleye to educate women and their families. 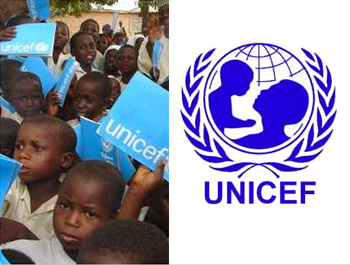 Since 2006 the Fifth Chukker Polo & Country Club has been proud to support the work of UNICEF in northern Nigeria. Funds provided by the Club have assisted UNICEF in ongoing work with children affected by HIV and the growth of a mentorship program for disadvantaged children from rural villages throughout the region. This program gives much needed emotional and economic support to the most vulnerable, giving children the guidance and tools necessary to become confident and self sufficient members of their communities.

Fifth Chukker Polo & Country Club also proudly support the US charity, Work to Ride, an organisation that assists disadvantaged teenagers to learn to ride and compete in polo. Work to Ride players are now part and parcel of the Emir of Katsina Charity Shield, where they have the opportunity to compete with the best in the world of polo.

The Fifth Chukker Polo & Country Club, along with the development of the Kangimi Resorts also considers the sensitive development of all its facilities in an environmentally conscious manner.